Parting ways with someone you love and care for is never easy. You don’t need to watch melodramatic movies or listen to heartbreaking songs to know this. It’s just an unfortunate fact of adult life. However, sometimes, there’s that bittersweet part we secretly cherish and hold so dearly for years later.

Of course, we’re talking about breakup sex. It’s a topic of so many works of art, and it’s simply unavoidable. You know, arguing for hours, crying in each other’s arms, knowing your number’s up, and all of a sudden bang — it happens. One of you leans in, and you begin to make out, sharing bodily fluids before you know it.

But why does it happen? Isn’t it somewhat contradictory to make love to someone you’ve just broken up with? Well, our article aims to explore the psychology of breakup sex and help you prepare for it because you never know when it will happen. Therefore, let’s not waste any more time and let’s dissect whether it’s a great thing or just a bad idea. 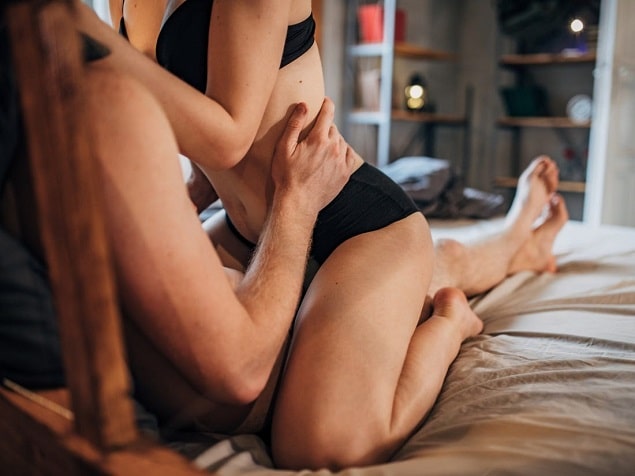 It’s late in the evening, and the two of you are sitting across each other with the radio on. The airwaves are playing that same old sad tune, suggesting that this is really the last time. Have all the years of love, happiness, and desire come down to accusing each other of this and that? Were you just fooling yourself and delaying the inevitable?

So after hours of spilling your guts out, your partner suddenly comes close, and sex busts through the doors like cops in a drug raid. Yes, you fall for it once again, knowing deep down that making love to your lover isn’t really a good idea. But it just feels good at the moment, and you can’t help yourself and resist their charm and debonair.

Jeez! Don’t mind us — we were just thinking about that one time we’ve made love after breaking up. Nevertheless, having sex one last time is super hot. It’s like pouring out all the frustrations you’ve been keeping in, fucking one another like there’s no tomorrow. In reality, deep down, you know there isn’t one.

Why Does It Feel So Good?

If you take the time and think about it, breakup sex is somewhat of a weird concept. Namely, one would probably want to take some time alone and grieve, but they immediately hookup and make love. But why do ex-couples engage in breakup sex? Well, we sought professional advice from psychotherapist Dr. John D. Moore, and here’s what he had to say about it.

He suggests that people usually think about breaking up a romantic relationship as something immediate. However, parting ways is just a part of an overall process that takes much more time. This makes sex important because it allows the trauma to be more bearable while still signaling it’s the end. It’s like a closing chapter of sorts.

Nevertheless, we’re interested in why it feels so damn good. Dr. Moore explains it by saying that it all comes down to our Lateral orbitofrontal cortex — the part of our brains that’s responsible for making logical decisions. The thing is, we’re in a heightened state of emotions immediately after a breakup. Hence, doing logical things isn’t exactly what most of us would do, and we have sex like it’s the end times.

In some ways, most of us detach the emotions from our partner and try to explore all those things we’ve never done before. It’s like now or never, if that makes any sense. Biting lips and licking wounds, we’re finally free of emotional consequences. Hence, Moore argues that, contrary to other beliefs, immediate intercourse is pretty helpful in the overall healing process of post-breakup trauma.

But Will It Not Make Things More Complicated?

Contrary to Dr. Moore’s view, most people think that breakup sex is a bad idea. They feel like doing such an intimate thing right after you part ways can make the whole deal even more complicated once you realize your lover’s gone. It’s a logical take on this topic; there’s no doubt about it. However, it doesn’t work like that for everyone.

Most of the time, relationships break up because they’ve run their course. The two of you are simply not the perfect match. Hence, leaving one another is a positive thing in the overall scheme of things. And if you can crown that realization with great sex, what more could you want from life?

Having sex one more time won’t help the two of you change your minds about everything. Life’s not that romantic, no way. Sorry to burst your bubble, but breakup sex is hedonistic in many ways. It’s about making the most of the situation, even if it’s breaking up a long-term relationship you gave your all.

Therefore, we’d argue that it’s not what your friends told you. Having sex one last time can be one of the best experiences you could ever have. Although weird, it’s a moment when you don’t feel ashamed of being rejected and doing something you’d normally avoid while in a relationship. It’s hot as hell, to say the least.

How to Initiate Breakup Sex?

We’re sure you’d immediately participate in such sex if you could, but it’s not like that. In reality, there’s no way to initiate and prepare for it. It’s spontaneous and might never come your way. Still, if you do end up having it, here’s an important tip you should have in mind while making sweet love with your future ex-lover for the last time.

It’s important that there are no rules aside from it being consensual. There’s no point in pressuring them into having it if they don’t feel like it, as some men and women simply won’t go for it. But if they do, forget about being nice and gentle because so will they. Of course, no still means no, but don’t be shy about trying out something you’ve never done before.

In the end, you can always stay the night. Like in one of those romantic movies when main characters just lay next to one another, knowing it’s the end. However, if you’re not into it, pack your stuff and leave. Sure, don’t be an asshole and make a scene out of it. Have some class and go your own way in style. No one-liners, please.