Love and heartache are the two most common themes in the world. No matter what story you read or what song you listen to, they’re always present in one way or another. And that’s no coincidence because they’re the two things we look for and fear the most. But who has it harder when it comes to breaking up — men or women? 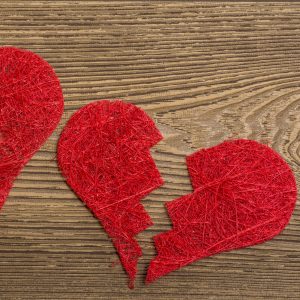 Relationships are always complicated, no matter what we tell ourselves. And when it comes to breaking up, everyone handles it in their unique way. Still, science has some interesting facts to tell us about the differences between men and women and how they handle moving away from their lovers.

The study we’re referring to was published in the prestigious science journal — Evolutionary Behavioral Sciences. Its reputation and the previous experience of people working on it give us confidence in its accuracy. Namely, researchers at the Birmingham University and London’s University College have done interviews with 5,705 people from all over the world (96 countries).

The participants rated the emotional and physical impact of breaking up on a scale of one to ten, with one being no impact and ten unbearable. Interestingly enough, women show a larger impact while men tend to take it easier. However, the length of that impact lasts longer for guys and vice versa for girls.

Here’s an article from business insider about the impact of breaking up with someone.

Although women tend to suffer longer, they show signs of full recovery a lot faster than men. In other words — they come out stronger with a much more positive view of the world and how it functions. This is pretty interesting since they show emotional stress to be at 6.84 and physical pain at 4.21 on average. The numbers are from the study mentioned above.

Of course, this isn’t a rule by any means, but it is a good example of how we deal with the post-breakup stress of romantic relationships. But why are women better off than men? Well, we can only speculate about the reasons behind them dealing with breakups so well. Here’s what we can think of.

Arguably, women can find a new partner a lot easier than men. They are a lot more pragmatic when it comes to dealing with personal problems and accommodate themselves way better. Besides having all sorts of social problems to deal with, no one expects them to retain fictional macho pride as we do with guys.

Unlike women who deal with their problems in a more constructive way, men lack signs of maturity. At first, they appear okay and capable of moving on, but soon enough, they begin to feel sadness, pain, and depression. In most cases, guys go for the bottle, drugs, and even violence.

The study shows they feel emotional anguish at around 6.58 and physical pain at 3.75. These numbers aren’t that different from the ones females show, but they are momentary. Men don’t look for pragmatic solutions when it comes to personal issues and fall for societal expectations more often than not.

Research suggests that guys have a hard time moving on. They cannot understand what went wrong at first and tend to make up excuses a lot easier than girls. On a subconscious level, they enjoy fooling themselves and thinking that their partners are dying to get back to them.

In some cases, they even show signs of post-relationship grief (PRG). This is most evident in participants who’ve parted ways with their parents more than a year ago. Some experts suggest that it comes down to biology.

Namely, girls have more at risk while in a relationship (nine months of pregnancy and eventual motherhood), while guys can walk out moments after mating. Hence, they don’t grasp how important it is to find a perfect partner and cry over every other girl they break up with.

Why Both Sexes React Differently

We tend to go with the biological theory on this one. Why? Well, it makes the most sense in the grand scheme of things. Men find looking for a date as some sort of mating competition between themselves. And in their eyes, every girl can appear as the woman of their dreams.

However, once they lose her, they have to go through the whole competition again. Their healing process kicks in later because it’s easier to drown their sorrow in alcohol and drugs. But that can only last so long before everything comes boiling out. On the other hand, women use their time pragmatically and feel good about their choices a lot sooner. They find it easier to meet new people.

Nevertheless, our advice is to take a social media detox when you break up with someone. You’ll have a good idea of what went wrong while avoiding seeing them having a supposedly good time. That goes for both men and women.