It’s no secret that breaking up with your partner can feel terrible for both. However, what’s the real difference between the one who does it and the other on the receiving end? Our article aims to go through the ins and outs of all the psychology behind breaking up. So buckle up and hold on tight — this ride might get bumpy and rough.

What Are ‘Dumper’ and ‘Dumpee’?

Before we get into the more serious stuff, we should explain the two terms we’re going to use prominently. So what’s a dumper, and what’s a dumpee? Well, a dumper is a person who causes the ending of the relationship. For whatever reasons, dumpers come up with the idea that it’s best to part ways.

On the other hand, a dumpee is a person on the receiving end of breaking up. They are the ones who get left by their lover. Of course, every dumpee reacts to this uniquely. From tears and heartache to keeping their head up high, it all depends on the individual and their mental capacity to deal with such a situation.

Even if we can’t be certain about this, most people reading this article will be dumpees. Hence, most of them think that their exes don’t go through a grieving process and that they don’t care about stuff like this. However, in reality, this isn’t true at all. Dumpers also go through a range of emotions, although in a different timeline.

Namely, days after the breakup, dumpers feel good about their decision and are pretty confident about themselves. On the other side, their exes are going out of their mind with sadness, pain, and overall heartache. Their grieving process is even harder if the deed was unexpected and harsh. But the tables eventually turn, and the two switch sides.

After a while, dumpers usually have a change of heart. They begin to miss certain things about their romantic relationship, and their state can get messy. Therefore, it’s safe to say that both parties have a hard time; it’s just that they don’t experience it at the same time. After all, it takes two to have a relationship.

The reaction of people who dump their partners and their grieving process mostly depend on their previous attachment styles. The most common of these styles is to avoid grief by quickly going for another relationship. This way, they distract themselves from having the time to think about what they just went through. 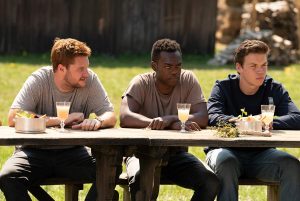 So if you find out that your ex is with someone new, it’s due to them trying to suppress their grief or that the process didn’t yet start. They’re simply more likely to go for a rebound. Some relationship experts suggest that around 30% of dumpees do this during the first month post-breaking up. Hence, when you see your ex-partner with another person on social media, know that it’s them trying to go through the same thing as you are.

Our third concept fits perfectly with the previous one and tells us that dumpers go through a range of emotions after breaking up. At times when they grieve simultaneously, they tend to reach out to their dumpees, forming a certain pattern. Just like during a relationship, people need certain routines to function well. Once they break up, they begin to look for those patterns again.

This can manifest in various ways, such as texting for hours, long phone calls, or even meeting up with the dumpee. They need that previous stability, so they pursue it in a new form. These patterns aren’t necessarily bad, but they can prove unhelpful if they prolong the post-breakup blues instead of moving on.

Unfortunately, there’s not much one can do to change their ex’s mind. If it were like that, no breakups would exist, and we’d all live our perfect fantasy. The only thing you can do is help them realize they’ve made a mistake. But how?

Well, you should keep up with other things in your life. Your education, job, and family shouldn’t fall by the wayside. Only then can your dumper see how wrong they were to leave you. Of course, you shouldn’t expect this to work like a charm, but it won’t hurt to keep up with yourself either way. 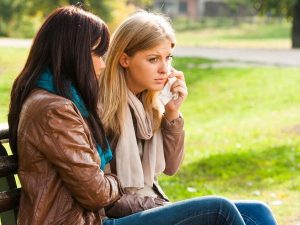 Concept #5: The Sphere of Influence

This final concept is a bit far out, but it’s still worthy of mentioning. Namely, you can’t influence the dumper directly. You can, however, do it through others they care about — through their sphere of influence. But what are these spheres?

Like lots of other people, your dumper has a group of friends and family whom they care about. They consider their opinions and change their ways depending on what those influential people might think and say. Hence, gaining their sympathy might be the best way to change your situation.

Of course, you shouldn’t bribe them or do anything silly like that. It’s pretty similar to the previous concept. If you treat yourself and others kindly and keep improving, these influential people will notice it. Moreover, they’ll mention it to your ex and make them rethink their previous decisions.