Although it might seem strange, breakup sex is one of the hottest things out there. Sure, your feelings might be a mess, but that’s what makes it even better. However, it doesn’t work all the time. Nevertheless, we should first explain what it is and why it works.

What Is Breakup Sex?

It’s over. Arguments are flying around the room, your partner’s in tears, and the stereo is playing that same old sad song you hate with all your heart but can’t get enough of. Moments later, your eyes lock. It doesn’t take long, and you’re on the couch, doing all sorts of dirty things you didn’t dare do before.

That’s breakup sex for you. Sure, scenarios vary, but the point remains. Having sex after the two of you decide it’s over allows for some of the hottest action you’ll ever experience. But how so? Well, the bittersweet atmosphere of the deed frees you from previous engagements and allows you to be free.

Since both of you know there’s no going back, you do all sorts of freaky stuff to one another with consent. Unfortunately, this doesn’t always happen. Breakup sex is a rare privilege only some of us get to experience. Hence, here are some examples of when it’s right to pursue it.

You can look at breakup sex as the final piece of the jigsaw. Even if it’s not a happy ending, it’s still closure. Some people just want to mark it with a physical act, and what better way to do it than by having intercourse?

You prove to yourself that your relationship is over, no matter how contradictory it might seem. If you think about it, it’s a good idea. It gives you a chance to conclude your story. Moreover, it’s super hot and takes the edge from dealing with breakups later.

#2 The Breakup Is Mutual

Sometimes, you both realize there’s no point in continuing together. Reasons vary, but the point still stands — it’s time to move on. And sure, it can feel sad, but it’s the best thing to do. So, you meet up and do it on the spot.

There’s nothing worse than living in denial. And if you don’t want to kid yourself how there’s still a chance, have sex and eliminate the elephant in the room. It’s better to come to terms with reality than to live a lie.

#3 You Don’t Want to Stay Friends

Although both of you decide that breaking up is the best solution, you can still have feelings for one another. Hence, you end up being intimate one last time, clearing the surrounding air. But this can only work if there’s emotion involved. Because if there isn’t any left, it would simply turn into some sort of friends-with-benefits thing.

But don’t get us wrong. Doing it on the side isn’t a bad thing in itself. However, this time, you want to erase each other from your lives. The party’s over, and there’s no room left for nostalgia. It’s done and dusted, and having sex for the last time will pave that into your heads in an effective yet pleasurable way.

#4 The Love Has Just Faded Away

It’s not uncommon for couples to lose their spark. Sometimes, even the most loving and happy relationships dry up. People care for one another, but there’s no sex left. And if you find yourself in such a situation, it might be best to call it quits.

Have sex one last time, as it will help with your coping mechanism. Just don’t push yourselves into something that’s not healthy. Because if you do, you leave the door open for adultery. If the love fades, it’s better to leave and not allow yourself to disappear with it.

#5 Both of You Have Found Other Lovers

Cheating is pretty common these days. Well, we guess it always was. Nevertheless, in this case, breakup sex only works if both of you have lovers on the side. If only one of you has, it can turn into a nasty love triangle.

The whole point of doing it post-breakup is to mend wounds and let go. And if the odds aren’t even, it can turn into something way more complex. You’ll end up trying to get them back instead of walking out and finding peace of your own.

The concept of long-distance relationships is romantic and all, but it’s hard to accomplish. You need lots of love, trust, and occasional meet-ups to keep it running. But if you don’t have that, it slowly turns into a painful obligation. And you don’t want that, do you?

It’s best to see each other for one last round of sex and pave the way for new people and adventures. It will benefit both of you without making the whole deal confusing and hard to keep up with. Not everyone can maintain a long-distance relationship, and it’s no shame to admit that.

Another example of the perfect time for breakup sex is when both of you are looking forward to separating. The whole deal has run its course, and there are no bad feelings between you. Hence, you might want to dip your toes one last time before calling it quits.

The best thing about it is that there’s no heartache involved. You know your time is up, and you want to meet new people. But before you do, why not have sex to recapitulate on what was an integral part of your life? It will save you from all those what-ifs later on.

#8 You’re Not Emotionally Manipulated Into It

There’s no doubt that sex can be a pretty manipulative act. We use it all the time for different reasons aside from desire and the actual need to be intimate with someone. So, you shouldn’t allow your lover to fool you into it.

Kisses and hugs can easily turn into something much more. And if you find yourself uncertain about the situation you’re in, take your time to make up your mind. Don’t allow them to pull you back in because it can lead to all sorts of new problems.

#9 The Circumstances Are Forcing Both of You to Breakup

Life doesn’t care about plans and ideas we might have. It might sound grim and pessimistic, but it’s just how things work in the adult world. You sometimes get job offers in other places, or you need to be with your family members for an extended time. And as such, you can’t keep your relationship afloat.

Therefore, packing up and saying goodbye might be the mature thing to do. But that doesn’t mean you can’t have great breakup sex one last time. And if you do, you might just walk away without bad blood between you. It’s just out of your control, and there’s no use fighting it. 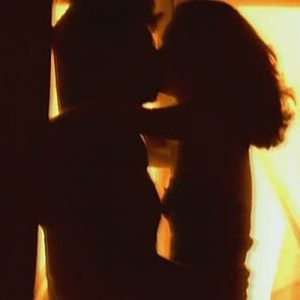 No one expects it or plans it, but it still happens. Sometimes, one thing leads to another, and you find yourself steps away from being single again. We know it sounds cliché, but you shouldn’t stress out about it or pull your hair out.

Accept the new reality and move on. Of course, when you settle for one last round in the ring if you know what we mean. Afterward, just stay out of each other’s way and try to meet new people and explore different ways of dating. Be an adult about it.

Should You Have Breakup Sex One Last Time Before Saying Goodbye?

Well, it’s hard to tell. It all depends on the circumstances as we’ve talked about. If you find yourself in one of the previously mentioned scenarios, there’s no reason not to go for it. But if you see it as a way of manipulation, you should skip it and move on with your life.

Nevertheless, one thing still stands — breakup sex can be as good as any other intimate encounter you’ve had in your life. Lots of people do it, and there’s no doubt you’ll have a great time if you find yourself in the position to have it. Just remember, the act itself is closure, and there shouldn’t be any feelings left after you do it.